As I was approaching the golden age of 50, it caused
me to pause and

evaluate some things in life. On a professional level, I realized how blessed I’ve been to love my career. There are very few days over almost 30 years that I’ve felt like I “work” for a living. I don’t long for retirement or dread Monday mornings. I know that is rare and I am truly grateful. I began noticing how some approach their final career season – and realized I was starting to do the same. They coast. They begin to use momentum built on years of experience to make decisions instead of accelerating forward with new skills and perspective. I made a commitment to push the accelerator on my professional development. I began the Strategic Public Relations Masters Program at George Washington University. It has surprised me how much I’ve enjoyed it. By the end of this year, I should complete the program.

Then, I realized I had a professional regret. More than a decade ago, I had an unsuccessful attempt at the Accreditation in Public Relations exam. I moved on thinking my career could survive without APR behind my name. For the most part, that was correct. But as I reviewed my career, not earning my APR was coasting. I began preparation again and, unfortunately, met with the same disappointment–only accented with humiliation. At a chapter luncheon, a prospective member I invited ask me what all the APR, CPRC stuff was people said after their name. My explanation to her was, “It’s a standard of excellence in the PR field.” At that point, my heart sank a bit – coasting. I mustered my bruised pride and tried again. On March 7, 2016 I finally saw the results screen at the end of my exam display PASS! No regrets! If you’ve had an unsuccessful attempt at APR and think you can’t do it, try again…and again if necessary. Push the accelerator and begin APR prep today! Or, join me in the next drive toward CPRC! I’ve taken the written exam and anxiously await the results. If I did not pass, I’ll try again. Join me on this adventure! Life is too short to live with regrets and this profession is too rewarding to allow yourself to coast.

Go for the Gold! By Laura Brynes, APR, CPRC

If you enjoyed the Conducting Communications Excellence
Mid-Florida Image

Awards and Wilton F. Martin Communicator of the Year Awards (see full list at the end of this article), for photos, and Facebook, then you are invited to Go for the Gold and submit your best work in the Golden Image Awards competition.

This year’s awards gala takes place Aug. 9 at the beautiful Innisbrooks Golf and Spa Resort near Tampa. Submission deadline is May 13. You may enter online at www.fpra.org.

Since 1957, the Florida Public Relations Association has held the Golden Image Awards competition to celebrate excellence in the field of public relations and to promote public relations professionalism in our state. For nearly 60 years, FPRA members have informed, inspired and persuaded the public and brought about significant changes.

Golden Image is your opportunity to shine at the state level. So take a look at your Mid-Florida Image entries, tweak them if needed and be sure to enter Golden Image. Did you know you may enter the Golden Image competition even if you didn’t win a local Image award or even if you were unable to enter? You can.

Ready … set … go! And go for the Golden Image gold!

Yes, I have re-wound the movie reel to Take 1 as I take on the role of president of our chapter, six months before I expected. It is a two-fold challenge: 1) the excitement of taking up the mantle so quickly where Barbra left off and 2) the work to be done to make our chapter the best in the state. This is what I see as our immediate accomplishments and opportunities…

I feel like our chapter is on an incredible high after the fabulous Image Gala. Laura and her team did an outstanding job! It was great seeing so many community leaders at the event and hopefully some of our attendees are more aware of FPRA and what we do. That said, we are not done yet.

Toolkit was an unqualified success with 40 attendees. The topic was relevant and the guest presenters were sensational. Kudos to Carole, Beth and Tina for pulling off such a great workshop.

Thanks so much for everything you do! 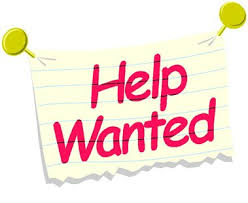 News Chair for the FPRA Ocala Chapter
Alas, retirement and the art bug have fatally bitten Lila, so we are in need of someone to step into her role. She will not be far away and will even co-produce the enews in the interim so that the stream of information flows un-hithered. If you have an interest in getting the news out to members contact Elaine McClain, Communications Chair. Lila will be officially stepping down at the end of the program year in August, but getting someone onboard while she is still active is vital. She has created a method for getting the newsletter letter done and delivered without a hitch.

Communicating during crisis and tragedy while the nation watches on television is a scenario leaders hope not to face, but would you be ready if necessary? On May 4, professionals heard firsthand accounts from communicators who navigated high-profile crises and practiced skills at the hands-on workshop seminar.

Think Tank!  Here participants were given a crisis situation to develop a strategy around and report back to the group.