It's the September Issue

September is a month of transformation as the wrap-up of the annual State Conference ushers in new leadership.

The fashion empire has nothing on the Ocala Chapter. We may be small but we’re mighty! The Envelope Please. Just look at the list of Golden Image winners posted on our website. We also had a large contingent of participants for Conference as well as on the State Executive Committee.

Back at home, the torch was passed when Jen Lowe handed over the president’s gavel to new president Barbra Hernandez, APR. Let the story unfold.

Welcome to our new chapter year! I am honored to serve as your 2015-16 chapter president alongside the fine team of leaders that make up this year’s chapter board and membership. As we roll into “Take 1” of this new chapter year, I would like to encourage you to think in those terms when it comes to your FPRA membership:

…to renew your membership. Renewal letters should be arriving in your mail soon and our state office has simplified the process by allowing you to Renew Online; simply go to www.fpra.org, click on the “Membership Renewal” section and follow the rest of the steps.

…to attend our monthly professional development luncheons. You’ll hear from top local and regional experts, network with your chapter colleagues and enjoy a meal as you hone those PR skills.

Take 1 Closer Look at our Newsletter

…and delve into current chapter, association and public relations newsletter topics. This month’s resource comes from www.MrMediaTraining.com and is titled “Walk the Ladder: How to Answer Tough Questions.” Go ahead, read it and let me know what you think.

I’ll Take 1 final sentence to again thank Jen Lowe, our outgoing chapter president, and the rest of our outgoing board for “firing up” our chapter this past year with their exemplary leadership.

Our Incoming FPRA State President, Roger Pynn, APR, CPRC, shared the following acronym at the August luncheon: “WSID: DTRT.” What does it stand for? The first person to reply with the correct answer and ALSO with the text of FPRA Code of Ethics’ first tenet wins a prize at our next luncheon. Hint: The FPRA Code of Ethics is available on the state association and chapter websites.

And the Winners are…

Award of Distinction:  Brochure – Planning for the Future 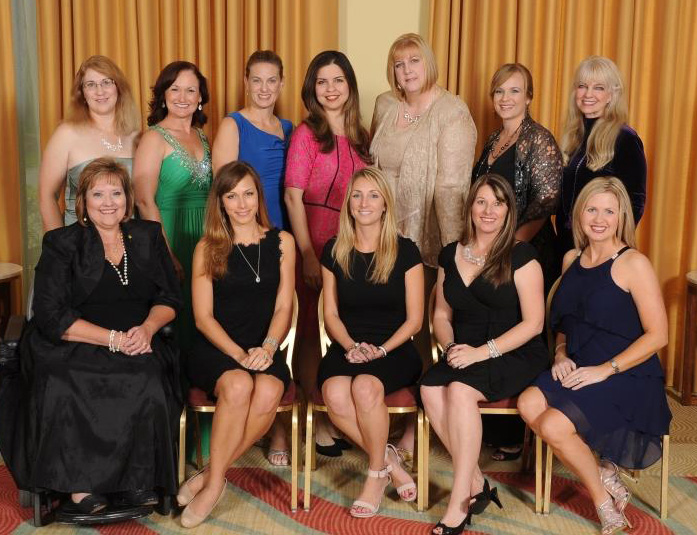 The 2015 FPRA State Conference is now just a memory,  but what a memory!
Laura Byrnes, APR, CPRC, put on an Oscar-worthy production and entertained us with stories, metrics and a cast of top-notch experts who shared up-to-the-minute PR tools. It was a whirlwind of workshops that will give participants new ideas to last a lifetime. Or at least until next year.

The Evening with the Stars Golden Image Awards was only one of many highlights. Our chapter’s stars were dressed to the nines for the red carpet – see our photo and more of Photo Joe’s great pix on the conference page.
Our chapter also received special recognition for financial management.  Jen said her dad would be so proud of her fiduciary growth. Congratulations and well-deserved!

Creating Your Own Newsroom
Ever wish the article you submitted or the press release you slaved over was printed just the way you wanted and with great placement? Or that your sound bite was pitch-perfect and the lighting on your face took off ten pounds? A PR person’s dream can come true. Get the lowdown from a pair of experts from the Marion County Sheriff’s Public Information Office. Captain James Pogue, the outgoing PIO, and Lt. Ryan Robbins, the incoming PIO, will share tips on having it your way!

Captain James Pogue grew up in Williston, Florida. He joined the Marion County Sheriff’s Office in 1987 as an Auto Mechanic until 1989. During that time, he received his Law Enforcement Certification from the College of Central Florida in 1988 and became a Deputy with the Marion County Sheriff’s Office in 1989. Captain Pogue served as a Deputy Sheriff in the Motorcycle Unit, a Property Crimes Detective, Hostage Negotiation Team member, Public Information Officer, Sergeant and Lieutenant before being promoted to Captain in 2006. He graduated from the College of Central Florida with an A.A. in Criminal Justice. Captain Pogue has many accomplishments at the Sheriff’s Office to include, the development of the initial C.O.P.S. Unit Volunteer Program at the South Marion District Office, managed the creation of the initial M.C.S.O website, implemented 911 texting, initiated becoming CALEA accredited from the Communications Center and developed the initial Safety Fair of Marion County.  During his time as the Public Information Officer, he implemented the Marion County Sheriff’s Office Newsroom, which allows the Sheriff’s Office to able to create its’ own news programs.